The Lipizzaner is a horse whose very survival seems against the odds. These symbolic wonders were evacuated for wars and other  turbulent times, split between the remnants of the Hapsburg Empire following World War I, taken by the Germans during World War II, and finally returned by the US Army. The end of World War II, brought with it the end of troubled times for the horses, which are beloved by many throughout the world.

Today at the Spanish Riding School, there are six recognized stallion families and 18 foundation mare families.

I was introduced to the famous horses in the 1963 film The Miracle of the White Stallion, which chronicles the movements of the horses at the end of the war, and how General Patton was involved in the return of the breeding stock to Austria following the end of World War II.

Since first watching that movie, it was my dream to see the Royal Lipizzaner Stallions, and the Spanish Riding School in Vienna.

It worked out that I did – but not in the way I expected to. The first Lipizzaner show I went to was in Poughkeepsie New York, sometime in the late ’90s. It was well before the age of the digital camera, but I do remember watching the horses perform unbelievable feats of athleticism and grace. I was spellbound. I saw them for a second time nearly 10 years later in Colorado Springs. 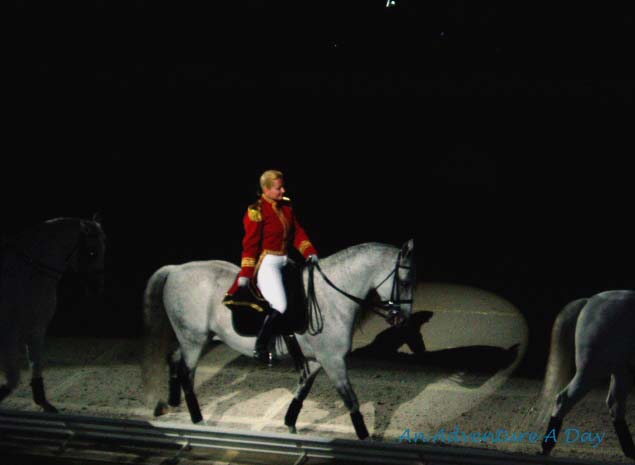 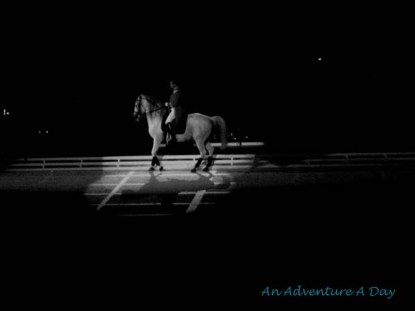 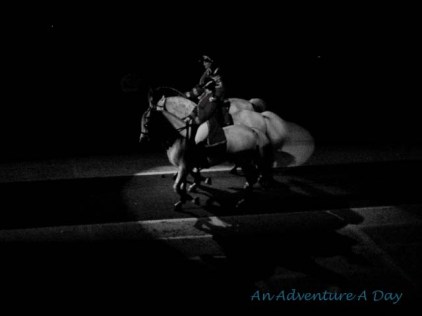 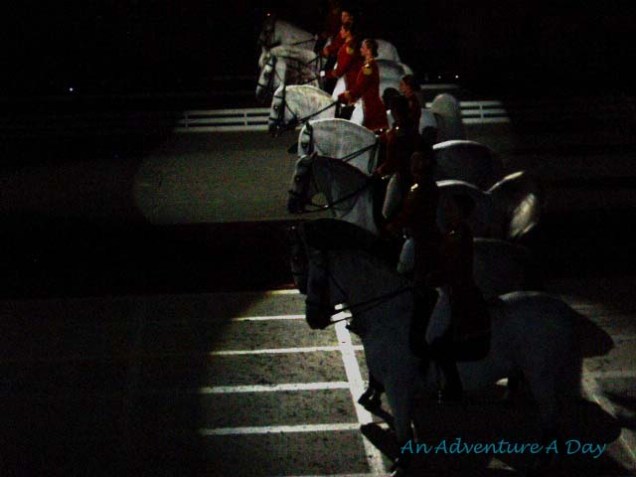 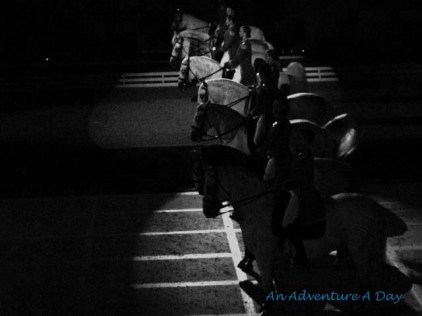 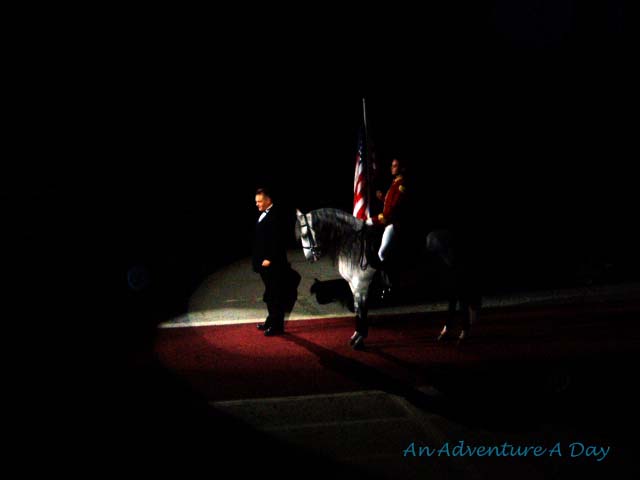 Another decade would pass before I had an opportunity to visit Vienna. As I sat down to plan the trip, I knew that if I did nothing else, I would see the Lipizzaners perform at the Spanish Riding School. That was the plan. What I didn’t know before that was that the horses only perform in Vienna in the Winter. I was disappointed, but I found that we could still tour the grounds and stables and watch the horses train. That sounded like an acceptable alternative. When the day of our tour finally arrived, I noticed a small sign near the ticket counter, an apology that for that week only, there would be no training either. What are the odds of that? 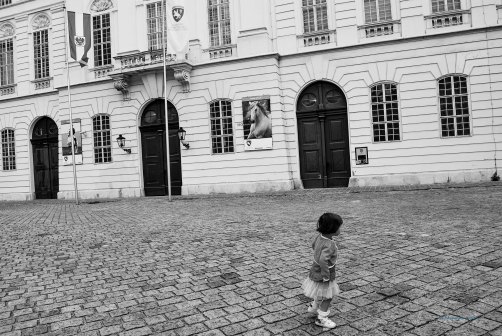 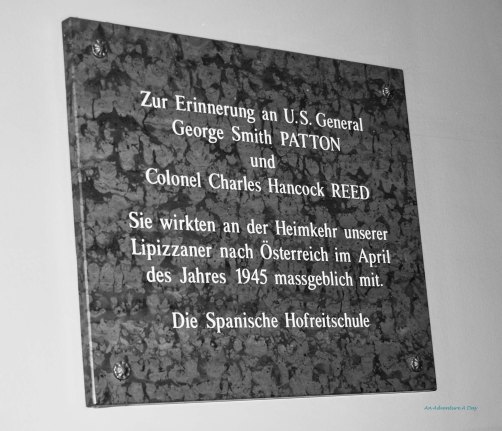 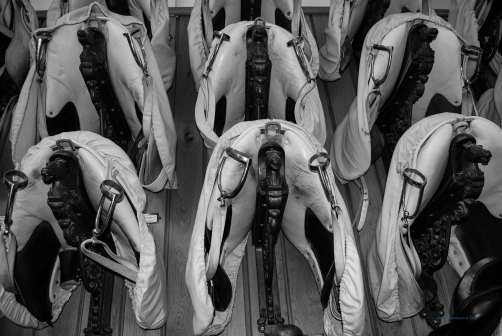 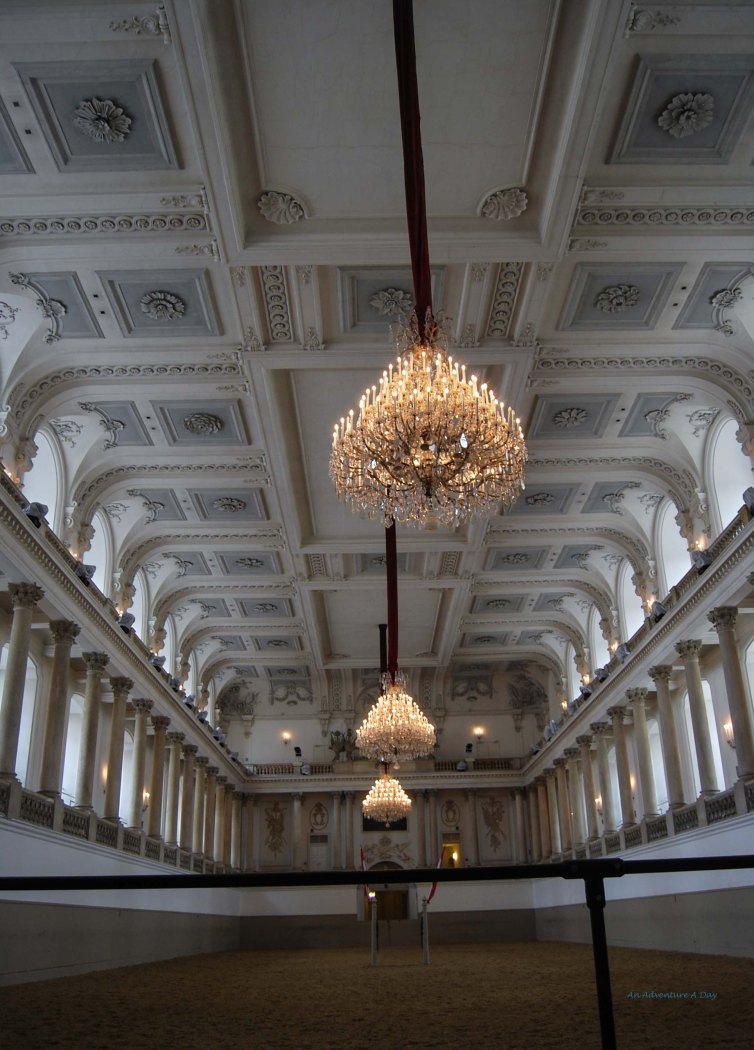 The performance hall was much smaller than I’d anticipated, but it was lovely. 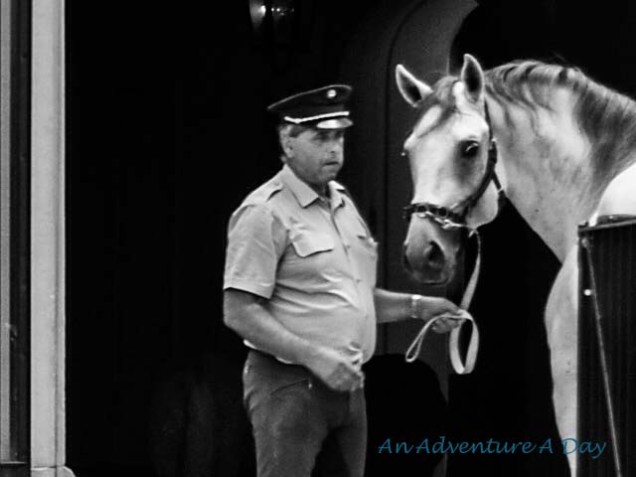 For more visions of things that are Against The Odds, head over to the Daily Post.


Quite possibly the best thing about living in Rome is access to an incredible diversity of Art. There are more museums in Rome than I could possibly visit in one lifetime, let alone a brief three year stay. That hasn’t stopped me from trying though.

This week I paid a visit to the Galleria Doria Pamphilj on Via Del Corso.  I have walked past this rather non descript building several times, each time thinking I should probably stop in there one day. The Palazzo is richly decorated with intricately detailed decorative ceilings and floor to ceiling paintings in  many rooms. While I found many of the paintings themselves to be very heavy and dark, it was a fantastic glimpse into the life of a very privileged Italian family.

Perhaps because of this particular theme, I noticed a three paintings in particular that played with the idea of shadow and light. The artists were able to create detailed scenes relying on the subjects’ positions within the shadow, created by a tiny illumination in the dark. I was simply fascinated by the fact that they were able to capture so much, with so little light. 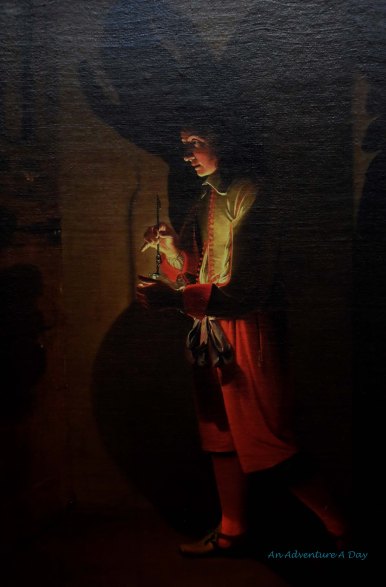 Art is more than just the literal shadow. Michelangelo is quoted as saying: “The true work of art is but a shadow of the divine perfection.”  That may be so, but what a shadow it is! Here are some pieces that I’ve seen lately.

“But would you kindly ponder this question: What would your good do if evil didn’t exist, and what could the earth look like if all the shadows disappeared? After all, shadows are cast by things and people. Here is the shadow of my sword. But shadows also come from trees and living beings. Do you want to strip the earth of all trees and living things just because of your fantasy of enjoying naked light? You’re stupid.”

― Mikhail Bulgakov, The Master and Margarita

Saint Teresa in Ecstasy can be found in the Church of Santa Maria della Vittoria on via XX Settembre. This was another place I had unknowingly passed many times before stopping in.

Nathan Sawaya’s work in Lego’s is currently on display in the Parco della Musica.

The Knight and the painting Meditation are part of the Scuderie del Quirinale’s show il Museo Universale – Dal Sogno di Napoleane a Canova.

The Klimt and Monet are on display at the  Galleria Nazionale d’Arte Moderna e Contemporanea. The current show is Time is out of Joint. 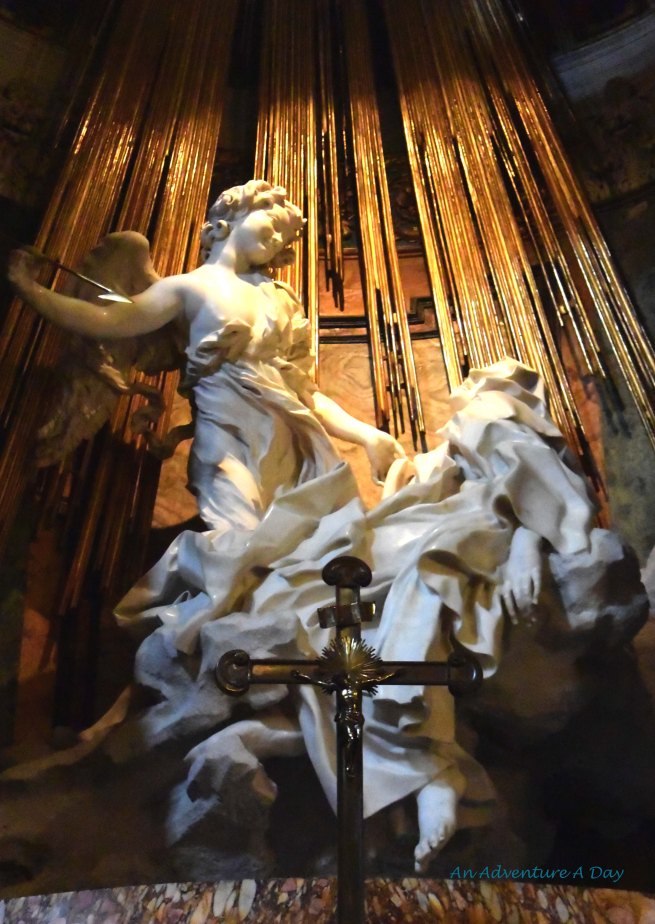 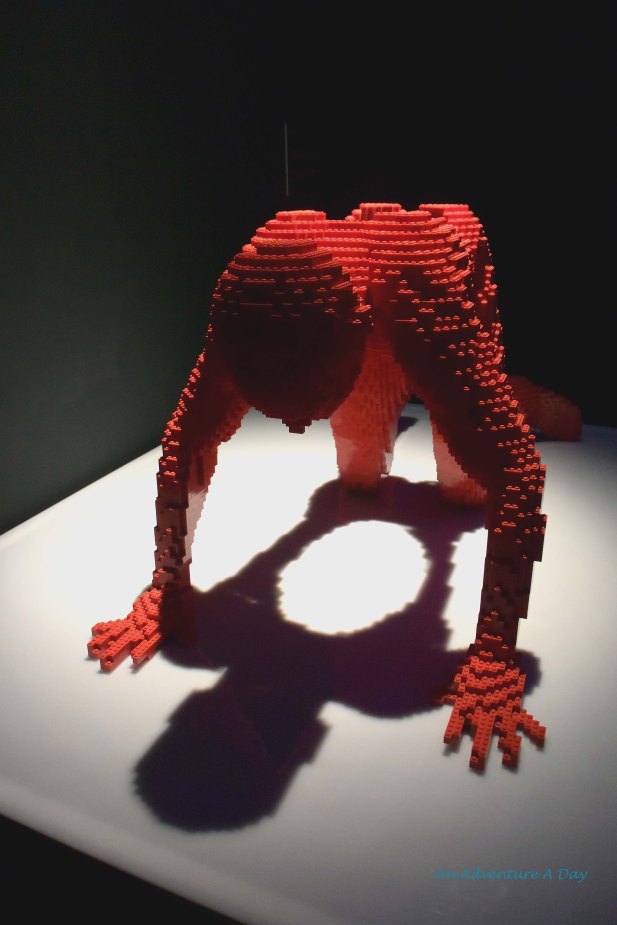 This work by artist Francesco Hayez represents Italy, in defeat following a defeat by the Hapsburg Empire.

It was rumored that kissing the death mask of this knight would result in marriage. 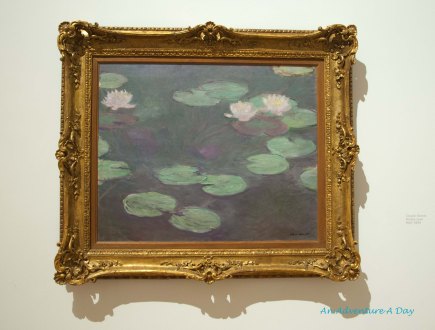 This beautiful work by Gustav Klimt is on display at the Museum of Modern Art in Rome.

But for all the beauty of  Art and shadow, it would be nothing without the light of the real world to inspire it. For what is one without the other?

“All the variety, all the charm, all the beauty of life is made up of light and shadow.”


“I would rather sit on a pumpkin, and have it all to myself, than be crowded on a velvet cushion.”

Much like Thoreau, I crave moments of solitude. I look forward to the times I can spend alone with my thoughts observing my surroundings. Rather than feeling lonely, this periods of solitude leave my soul refreshed. I find this especially true living in Rome, where it can be difficult to find a moment of calm and quiet amid the daily cacophony and frenzied pace of life you find in a city.

Outside of the city, it is easy to find a quiet place. A silent path in the woods, an early morning walk through the empty streets of a small town, a fragrant garden all provide a place of solitude.

A quiet moment at the top of the hiking path in Kallmünz. 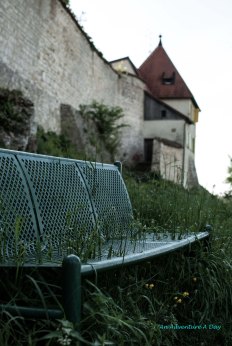 A lone bench on a path around the castle in Burglengenfeld.

A reflection caught in the water of the Citadel Gardens in Copenhagen.

Within Rome, there are pockets of stillness, although sometimes you have to look a little harder to find them.

The top of Monte Mario is the perfect spot to catch a quiet view of Rome.

The Ponte Flaminia from the Ponte Milvio is a lovely spot for a quiet bit of reflection. 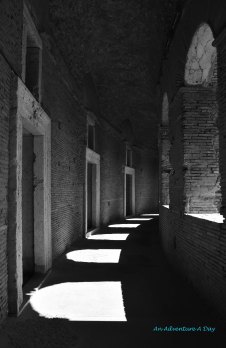 Sometimes even the museums in Rome provide a space away from the crowds. During a visit to Trajan’s Market I walked alone – a solitary visitor in an otherwise crowded city.

“I am a product of long corridors, empty sunlit rooms, upstairs indoor silences, attics explored in solitude, distant noises of gurgling cisterns and pipes, and the noise of wind under the tiles. Also, of endless books.”

Visit the Daily Post for more examples of Solitude.


In my dreams, I can repurpose anything. I believe that I am going to have the time, material, and creativity to transform trash into treasure. In reality, I move far to frequently to hold on to all the treasures I’d like to restore and repurpose. Instead, I wistfully pass along my pieces of inspiration to those with larger storage areas and fewer potential moves.

I do love to see repurposed items, and one of my favorite was the Kunstwald – the art wood in the forest not far from my home in Burglengenfeld, Germany. This hiking trail was truly unique. Much of the art was carved from wood blending seamlessly into the woods along the trail. They added the unexpected to the trail – repurposing a solitary walk in the woods into a reflection on nature and art. 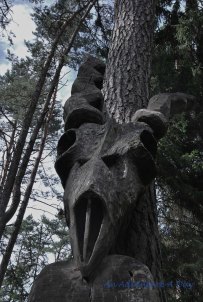 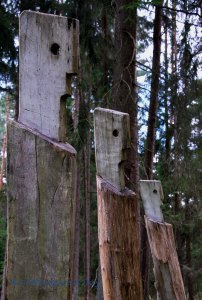 Occasionally, though, you’d encounter something unexpected. Something truly magical – something repurposed. 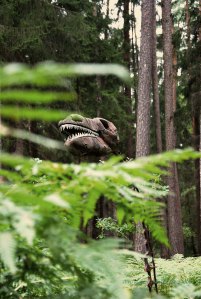 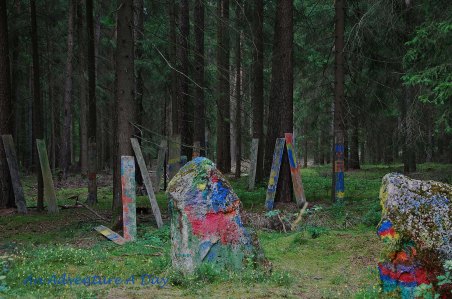 Hunting Stands are a familiar sight in German forests. Decorated Christmas trees? Not so much.

Head over to the Daily Post to see more examples of Repurpose.